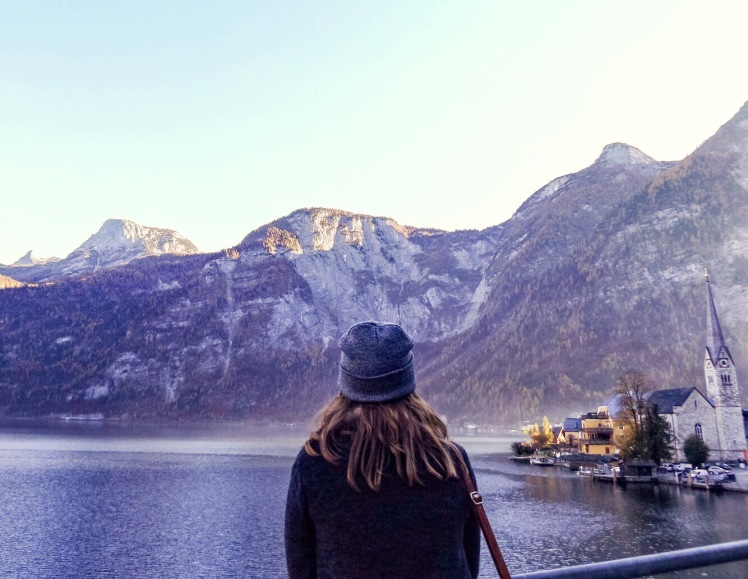 When I was younger, paint-by-numbers was my pride. Thinking I was going to be an artist when I grew up, the carefully labeled pictures gave me the ideal template to perfect my skills. It was drawn, the colors picked and there was even a paintbrush in case I didn’t have my own. They made it nearly impossible to mess it up.

Everything was predetermined and laid out. Anyone could easily succeed as long as she followed the guidelines. But I haven’t been one for guidelines and rules lately.

When I graduated college, everyone had their idea of what I should do next. Although some people were genuine in their encouragements, I had plenty who simply wanted me to follow their life plan. If I did A, B and C then I’d reach D.

It was simple. Follow the rules, graduate, get a job, work wherever you can for whatever pay you can and one day you’ll be married with kids and get to retire. White picket fence was optional. That is most people’s dream, but I realized early on that it’s not for me.

I remember one day in particular that I nearly had a meltdown.

A week before I graduated, my professor sat me down in his office and asked what my plan was after I walked across that stage and took my diploma. I took a deep breath and exhaled the words “I’m not sure.” He grinned and asked if he could share his vision for my life. I begrudgingly answered yes.

He told me how he saw me working for the same missionary organization that he was with most of his life. I would join the freshly-graduated pool of applicants and lock eyes with one special guy at our training. Special guy and I would jet-set to different locations in the world but still keep in touch. At the end of our contracts, we’d return home, ring those wedding bells and go back overseas as a missionary couple for the rest of our lives.

The only problem was I lost my love for paint-by-numbers at this point. I didn’t want a preselected painting where I just filled in the colors. Sure, the end result might be nice, but it was not unique to me.

I have spent the past few years trying different things, some loving and others loathing. I went from being a breaking-news reporter to a nurturing nanny and now a substitute teacher. Each have taught me valuable life lessons and things about myself, but none of them would have happened if I followed other people’s visions for my life, if I used their paints and followed their lines.

When I was in Paris, I had the extreme privilege of seeing some of Van Gogh’s and Monet’s work, and I noticed something as I stood there. There were no traceable lines in the paintings. They didn’t use the same three or even 10 colors. And as much as some people would like, they will never be able to recreate a Van Gogh painting. It is unique, out of bounds,

Life isn’t meant to be lived the same way thousands of times by millions of people. We have all been given specific visions for our lives, and no one can argue your God-given vision.

So run with it. Forget the lines, the paints you’ve been told to use and create something the world has never seen before. It doesn’t have to be grand and shake the foundations of the earth. It just has to be yours, and it’ll probably involve a lot of errors along the way.

But don’t let that stop you because life is painted in different strokes with different colors at different times. No one knows what their final masterpiece will look like, and that is what is exciting.

2 thoughts on “Making Your Life Yours”

I'm the girl who can't sit still. I'm always chasing, always planning what's next, always moving towards greater things. My goal is to learn from and appreciate every waking moment, walking person and whimsical sunrise. I'm here to learn and share along the way - to find the beauty that is all around us.